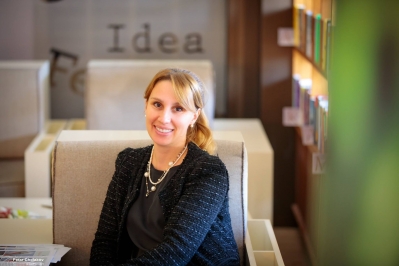 Foundation in public benefit VIA PONTICA has a mission to offset the adverse effects of the human activities by a change of environment in the direction of the restoration of the resilient ecosystems and active steps for restoration of the relationship between people and nature. The efforts of the Foundation are aimed mainly towards the conservation and restoration of ecosystems in wetlands. VIA Pontica Foundation is an active member of Wetlands International and IFOAM. The wetlands are link between land and water and are among the most productive ecosystems on Earth. They provide unique living conditions for many plant and animal species - invertebrates, fish, amphibians, reptiles, birds and mammals. Nationally and globally they are extremely important and endangered areas. Only in the XX century the world has lost about half its wetlands. The wetlands in Bulgaria are now only of its territory, a paltry fraction of what existed only a century ago. Preserving, maintaining and expanding them is the key to the biodiversity, cognitive tourism, cultural landscape and climate of the country. When environmentally beneficial in significant natural areas are encouraged as opposed to unsustainable business practices, it has a positive impact and attenuates the process of deepening social disparities between the cities and rural areas, the demographic problem of aging and decreasing populations in rural areas.
VIA PONTICA FOUNDATION team started the initiative for preservation and restoration of the ecological balance and the habitats in and around Burgas Lake (Vaya).
The measures taken include: acquiring in management of nearly 60 hectares of land on the northwest shore of the lake which are former fish ponds; Cleaning the fish ponds from overgrown frail; Restoring fishpond installation in order to keep water and ponds in good ecological condition; Restocking of nearly 40 hectares ponds and two rivers – Chakarliyka and Aitoska, with more than 100 000 fishes of native species, mainly grass carp, crucian and carp as well as; Installation of more then 50 birdhouses and 35 bird feeders around the plot for different  species; installation of bird watching infrastructure - bird observation towers and hides; planting of native plants and trees in objective of restoring a certain area of alluvial (longose) forest; Bee hive of 100 hives; visitor’s centre (in progress); special rooms for apitherapy with bee hives air and wax (in progress).
In 2017 VIA PONTICA FOUNDATION founded the registered in the Ministry of Tourism of Republic of Bulgaria  register of attractions in Bulgaria - ECO-PARK FOR BIODIVERSITY AND ALTERNATIVE TOURISM "VAYA", located in RAMSAR site "Vaya" NATURA 2000 "Burgas lake" under both EU Directives (Birds and habitats) and protected area "Vaya" under the Bulgarian law for protected sites. In the region of Burgas Lake could be observed more than 250 bird species and a number of fauna species that are in the red list of the International Union for Conservation of Nature (IUCN). VIA PONTICA FOUNDATION is engaged to:

- monitor fauna and flora species;
- maintain and where possible improve the conservation status of all bird species;
- conserve the sites and habitats important for birds and other biodiversity;
- realize biodiversity and conservation education;
- to unleash the potential of this wetland for the ornithological and cognitive tourism;
- to sustain the vital ecological systems that underpin human livelihoods and enrich the quality of people's lives.

New approaches to wetlands management in the Danube Region

- Improved strategies and tools for sustainable use of cultural and natural heritage and resources for regional development in order to avoid or limit use conflicts ( with tourism, natural resource consumption). ;Achieving improved strategic frameworks and developed concrete solutions to restore, conserve and improve a network of green infrastructures / bio-corridors i...
8001 g.k. Bratya Miladinovi, Burgas, Bulgaria
il y a 3 ans
1 Commentaires Partager Voir idée