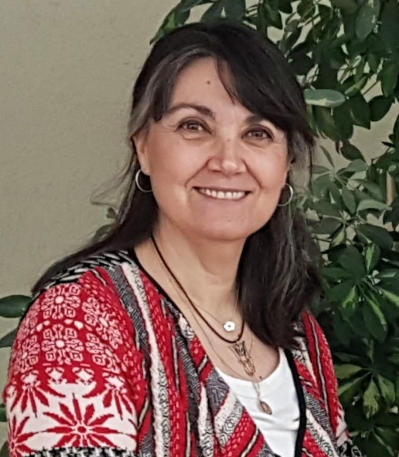 My career reflects the multidisciplinary curriculum that has characterized my academic and experimental profile since my degree in Biology (1984-1989). After the Master on the functional role of LPL, lipase protein in rat liver in the Dept Biochemistry and Molecular Biology at the UAB (1991 UB) I became interested in the knowledge of the brain and moved to CSIC, Spanish Research Council for my PhD in Dept. Neurochemistry (Supervision: ) with co-direction from the Pharmacology and Toxicology, to study the behavioral effects of NMDA system and its interactions with dopamine systems, adenosine and polyamines (CSIC and UB, 1996). It is during this predoctoral stage that was forged my core curriculum feature: studying behavior in rodents (rats and mice), from an ethological and experimental view, thanks to animal models for neurological diseases (epilepsy, Parkinson's, schizophrenia) achieved by administration and systemic drug interactions. Further adds methodological innovation of image analysis systems for measuring behavior. This page is secured during my postdoctoral stay at the Karolinska Institute in Sweden (1996-1998), where extensive experimental approaches with local administration, microdialysis and mutant animals models, the emergence of the knockout transgenic animals and 90’s, under the supervision Sven Ove Ogren (AstraZenca and KI) and working together with five members of the Nobel Committee, to characterize their new mutant mice were generated in their laboratories. In addition, during the first months of my stay (April-May 1996) I developed a new method of 'gait analysis' that helped to show the central coordination of paraplegic rats following a new strategy to repair (Chen et al., Doctoral thesis, 2006). Reinstated to Spain by Generalitat de Catalunya and the MEC reincorporation contracts (1999-2001), I got 1/50 first promotion of Ramón y Cajal Contracts in the Area of Medicine (2002-2006) and Outstanding Career Researcher I3 (2006-2009) immediately before the Associate Professorship in Psychiatry in 2007. Since then I have continued the behavioral characterization of animal models for neurological and psychiatric diseases, and established the Spanish colony of mice 3xTg-AD at the UAB through Material Transfer Agreement (2004, 2007) with Dr. FM LaFerla (UCI, USA). Since 2004, the animals I breed have been the experimental subjects of 18 doctoral theses and 25 projects of national and international research, to highlight the European project FP7 MEMOSAD and European action COST-Action TD1005 'pain and cognitive damage' where I am the Spanish representative. I’m also member of SGR1354 2014, RETICEF (RD06 / 0013/0003, RD12 / 0043/0018), UCM-CM ENEROINN 910 379, CORE Salut Mental de Catalunya, and founder of 4the5 Network. The translational approach is done through cooperation agreements with Karolinska Institute, Sweden (Bjorn Johansson IP),  Hospital Sagrat Cor Martorell, Barcelona (IP: Manel Sanchez). , UVAMID Hospital Santa Katerina, Salt, Girona (IP: secundi Lopez-Pousa).