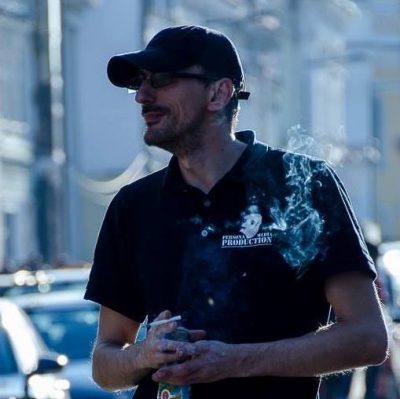 Graduate of the Faculty of Theatre and Television, UBB Cluj-Napoca, prof. Miriam Cuibus’s acting class, 2002, he dedicates his life to visual arts, loving with the same intensity the emotion of playing a part on stage as an actor, the playing of the painting brush on a canvas and of the chisel on the wooden surface, as well as the playing with moving images, caught by the camera – he’s a film director and producer under Persona Media Production House, organizer and artistic director of the International Short Film Festival ClujShorts. In the present, he is also a PhD student at the Cinema department of the Faculty of Theatre and Television, UBB Cluj-Napoca. After graduation he will be the first Romanian director specialized in horror and fantasy movies.