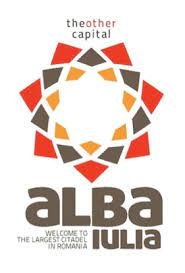 Alba Iulia Municipality is a 74000 inhabitants city, located in the heart of the historical region of Transylvania, Romania, known as "the other capital of Romania", a symbolic capital for national unity (unification of Romania was declared here 100 year ago).

This medium sized city attracted 815 euros per inhabitant during 2007-2016, and occupies the 1st position in a Romanian cities top in absorbing European funds per capita, according to a study by UrbanizeHub.

Alba Iulia is the first Romanian city with a Branding manual and with a rating on transparency of public spending from an international agency: Moody’s. It is known that Alba Iulia participated in a competition organized by the European Commission and obtained the title of ”European Destination of Excellence” in the field of tourism and regeneration of sites, in 2011. Also, it was awarded with the Special Mention by EUROPA NOSTRA - the largest cultural association of Europe, for the preservation of cultural heritage.

The Municipality is the only city in South-Eastern Europe accepted, along with cities like Oslo and Warsaw, in "CityLogo". It is the city marketing project of the European Union.

Alba Iulia is a URBACT city with example of good practice. The city was awarded two years ago for city branding.

In the last 10 years, more than 150 million euros were absorbed from EU funds, from UNDP, from the Romanian government and so on, by the Municipality. It is the only city in Romania that obtained over 50 million euros in EU funds for rehabilitating a historic landmark, Alba Carolina Fortress, the city's brand.

The Municipality of Alba Iulia is a valuable project partner, having a significant experience in attracting external funds, being an active partner in several Interreg, Horizon 2020, Urbact, Erasmus + projects and having a dedicated, young and dynamic team that is able to adapt to changes, unexpected events and circumstances, during all project phases.

Some of the projects we implement / implemented are:

·         A Holistic, Innovative Framework for the Design, Development and Orchestration of 5G-Ready Applications and Network Services over Sliced Programmable Infrastructure (MATILDA)

AIM is following any Call which brings added value to both the municipality and the community.