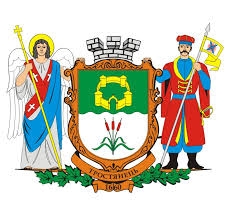 Trostyanets City Council has experinces in the sphere of organizing the cultural and artistic events. Nowadays, on the territory of Trostyanets, holds a number of festivals, including "TchaikovskyFest" (festival of classical music), "Stara Fortetsya" (name in english - Old Fortress) (festival of historical reconstruction), "Skhid-Rock" (name in english - East Rock) (festival of Rock music). Beside this, City Council has a big interest in holding the programms of crosscultural coopeartion with the aim of integration of Ukraine to European cultural space.

Also, Trostyanets City Council constantly take part in the contest which provided and fundings by international funds and organizations, including UNDP, Interntional Fund "Renaissance", Ministries of foreign affairs of Poland, Canada and Denmark. Also, during last six years Trostyanets is the participant and winner of the contest "Best practices of local government".

All of these mean that main mission of Trostyanets City Council is providing a decent standard of living for their citizens.

Trostyanets City Council is the legistate organization of local government, which represent  interests of appropriate local communities, which determined by Constitution and laws of Ukraine.

- manage of property of communal ownership;

- approving of programs of socio-economic and cultural development of city and control of their implementation;

- approving of the city budget;

- establishment of local taxes and fees in accordance with the law.

We are looking for partners to in order to participate in joint contests and grants, especially in spheres of cross border and cross cultural cooperations.
Trostyanets', Sums'ka oblast, Ukraine, 42600
il y a 3 ans
1 Commentaires Partager Voir idée