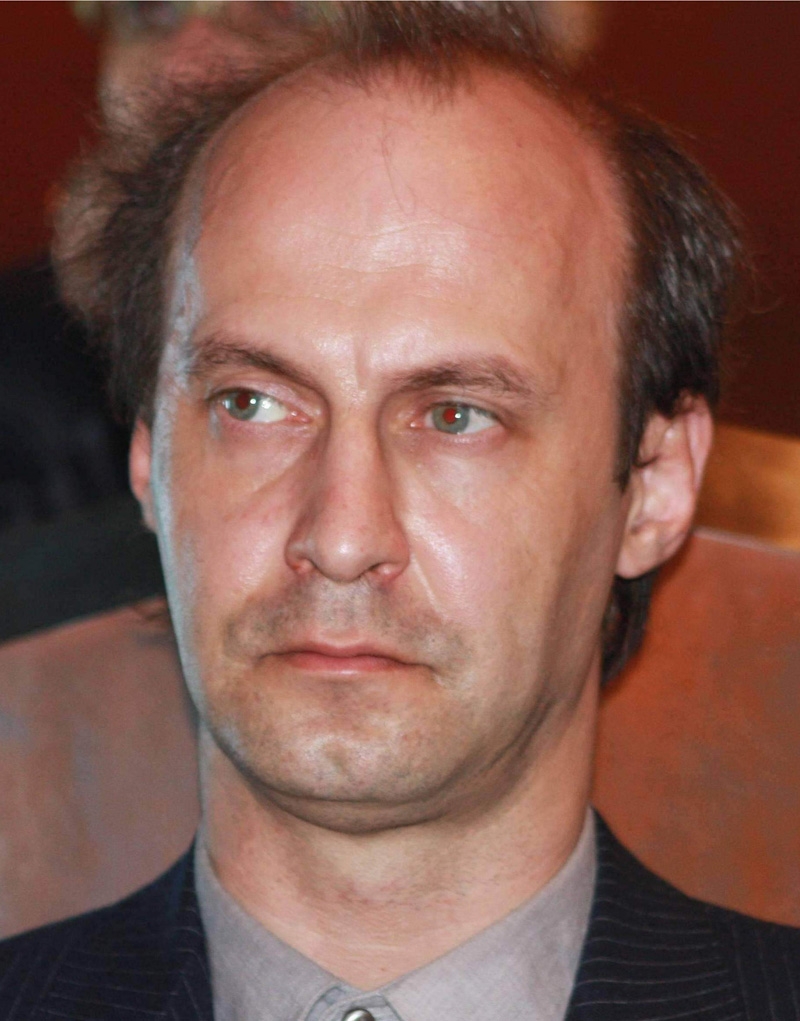 Name: JU Museum of the City of Zenica

Brief description: The City Museum of Zenica is a public institution founded in 1966, and the founder was then the Municipality of Zenica. Our museum belongs to the category of general museums.

The Zenica City Museum has been operating in a new building since September 2007. A new representative building was built thanks to the investment of the Municipality of Zenica and the financial assistance of the Government of the Zenica-Doboj Canton. The architectural solution of the new museum building was done by our fellow citizen. arh. Zvjezdan Turkić. Two million marks invested in the new Museum are not considered by many Zenists an exaggerated investment, since, finally, after fifteen years, museum collections were again publicized: archaeological, historical and ethnological.

New Museum, the new concept of work: the so-called open museum implies a dynamic attitude towards the public, the organization of numerous workshops, the development of a multimedia center, and frequent educational and promotional programs in the field of science and art, about seventy programs annually. The museum is also richer for new permanent settings, counting seven, in three buildings, two historical, two ethnological, archaeological, numismatic, and setting Media of the 20th Century.

As the Museum of the City of Zenica is conceived as an institution that by its actions should exceed the boundaries that the Museum is setting the object, the walls need to coexist within the framework of interaction with the population of the city, not only offering programs, but also accepting them.

However, the Museum of the City of Zenica is a museum of the future, or at least a museum like it should be in the new millennium!

• The Museum of the City of Zenica presents seven permanent facilities in three buildings: a new building, a medieval fortress Vranduk and an ethno house in Vranduk settlement.

• The Museum of the City of Zenica annually organizes 60-70 promotional programs from the field of heritage protection, but also art, fine arts, music, literary, photographs, comics, which will say that we also neglect the intangible heritage.

• The Museum of the City of Zenica strives to present recent art from abroad, which works thanks to connections with the embassies of the United States, Japan, France, Spain, Iran, the Netherlands, the Czech Republic, Slovakia, Slovenia, Austria, Italy, Germany, Hungary, Turkey, Sweden, Bulgaria , and international foundations and organizations such as Cultural Heritage without Borders and the Balkan Museum Network.

• The City Museum of Zenica is implementing the IPA REG project Fortress Reinvented as a partner from 2017.

MOTO: EUROPE IS ONE AND MANY VOICES

OBJECTIVE: BREAKING CULTURAL AND SPATIAL BORDERS, ALLOW TO ALL IMPLEMENTATION OF EUROPEAN CULTURAL VALUES IN ZENICA AND RECOVERY

To become the European throne of culture we can not without radical steps in the improvement, modernization, presentation of cultural values. Traditional notions about how to present any art or heritage are not worth considering. Namely, the phrase about the world that has become a global village today is all but a phrase: it is about the fact that we have to accept and step into the fast high-speed train.

We intend to connect via global networks, the Internet, television, radio, with all museums and galleries, theaters, libraries, concert halls in Europe for the purpose of providing cultural exchange for mutual benefit. Exchanges that are not burdened by special costs, borders, prejudices, in the spirit of the European Union, connecting cultures, making them more powerful, unique, recognizable, and most importantly, long-lasting.

We do not intend to pay exclusive attention to the construction of new facilities. Except for the need for a new library building, a concert hall, and a depot for the Museum of Engineering, the City of Zenica does not have to invest in facilities of this kind, since the needs for the issue of museums, theaters, and cultural / artistic associations are less satisfied in the existing ones objects. It is imperative to open the door to virtual reality throughout the city, not only in facilities in which institutions / associations operate, but also on squares, streets, bridges. Virtual reliance = virtual culture. Our intention is to equip the city with equipment that will enable an instant virtual experience with any significant locality in Europe, and with artistic perfomances, to take advantage of the magnetic attraction of mass media so that Europe can be placed in Zenica, and Zenica to open and present all over Europe.

For example, if we want to use the capacities of a museum, basically, the idea of ​​the project is to put LED TVs / 50 "/ in the museum's showroom instead of printed exhibition panels, with which we would be able to present the picturesque exhibitions from other European museums right now. Certainly, in this case, instead of express mail, they would travel with mysterious, magical paths of electronic impulses, from the museum to the museum, anywhere in the world. The potential for cultural integration with this concept is unlimited, time-bound and spatial. Whether it's heritage, art, cooking, sports, education. The mutual availability of hundreds of European museums will be open to that extent, clear, visible, that the geographical, political and cultural borders will disappear by themselves.

In order to better connect with the rest of the world, we have in mind the installation of all-in-one small format computers / 23 "/ and headphones, exclusively for the needs of legend, history, biography, etc., content from permanent museum settings that would be available through the Internet networks, in order to provide the current consumer with complete information about the heritage of our city, as well as all the cities of the network partners.

As a bonus, we will provide Window Museum Reality with the help of an indoor network camera so that anyone, anywhere on the planet could, whenever it wants to storm into the museum, whether it's about occasional or permanent exhibitions. So in the theater, providing live entrance, to any European theater, and a look from the outside to what is happening on the Zen scene.

This is an open museum concept. We do not want to perceive us as daring, boring, museum workers who have themselves valued the attributes of museum exhibits. Museums must go beyond the boundaries set by the walls of their buildings. Exhibits must speak, talk stories, in all available languages, they must enter the homes of all citizens of Europe precisely thanks to their favorite media, television and the Internet.

Linking the library to European networks implies not only the exchange of databases, but the ability to open the doors of any library in Europe at any time to the library, certainly available in the digital edition. A digital library requires a special lounge equipped with computers, cameras, and software that serves not only to read electronic books, but also to convert formats and the organization of collected publications. This move would make the library in Zenica a true European library, which will have publications in all European languages, accessible from all partner libraries.

The theater is planned to be enriched with 3D video mapping equipment, which is extremely useful for the stage design of the stage and the space of a social event, which, in cases of complex scenery, significantly reduces costs, but also contributes to the credibility, attractiveness and dynamism of events.

Of course, for high-quality mapping, it is necessary to provide 3D scanners and projectors, whose value is more important to us than the mere need for scenography. Thanks to Internet communication, this technology is also possible to step into other theaters, and vice versa, conjure up with us in Zenica, an atmosphere from any theater in Europe.

Certainly, this equipment will enable us to listen to the Viennese New Year's Concert in the Theater of Our Theater, or any other Hall. Actually, not only to listen, but to sit next to the Vienna elite, chair to chair, shoulder to shoulder. Also, any concert held in Zenica would be available, online, anywhere in Europe, to show how much we belong to the European music family.

Equipment for 3D video mapping will also be used to illustrate sites / objects that have disappeared, except as toponyms, of course, those belonging to the common European culture. We will revive the ancient site from the time when our city was called Bistue Nova, the villa rustka, terme, via Roma, set up a virtual stone bridge above the Kočeva river, through the Bosnia to provide the Wood Bridge, in the medieval fortress, reach the eye, if not the hands objects from everyday use.

Of course, we want Zeničani to step down to Atomium, into the Eiffel Tower, Bit Shomon Park in the former Bald Hill in Paris, walk through Alexanderplatz, enjoy the beauties of Guell Park, etc.

What we will say is that this technology will not only show us who we were, but who we want to be, Europeans, when there are no others, step into the virtual world of European cultural values. It's picturesque to sail on a boat across the river Bosna, and at the same time on a gondola, the Venetian canals, enjoying it, expecting it, and in romance.

We see that it is not our goal to close the possibility of video mapping only within institutions, but to enable the application of technology throughout the city, to open many doors to the European metropolises, to make it possible to gather the most important values ​​of European culture / heritage in Zenica, to stop in the city square, but in front of the monument of freedom, to meet the Church of St. Elijah and Notre Dame. We want to see the most important trends in European culture on our streets, how much Zenica will be worth the attribute, the title, whatever the European Capital of Culture.

In Zenica you will be able to, wherever you go, step into Vienna, Paris, London, Warsaw, Rome, Berlin. All the European metropolises will be shining in the new capital. That is why we called the concept Planet Europe, insisting on the position of the small sun in the middle of a perplexed system around which the planets inhabited by Europeans are rotating. This little sun would be Zenica, a city that gravitates to attract all that is valuable in the European cultural heritage to Europe, but also sends back, across Europe, a vast energy concentrated in art, trying to overcome the boundaries of languages, traditions, politics, religion.

Finally, it does not matter which language we speak, it is important that our hearts are understood!

Fields of expertise include: Research, visibility and innovation. Supporting the introduction, promotion of European heritage, art in every corner of Europe. Insisting on the idea that many of the identities are contained in one identity. Europe without borders with the help of advanced multimedia technology, which opens all the doors, promotes all the roads.

Author of the concept: