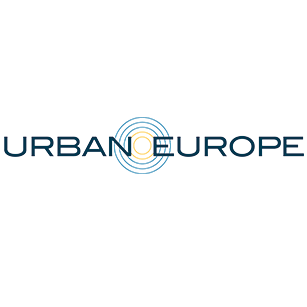 The importance of urban areas in contributing to economic growth and innovation as well as in tackling social and environmental challenges is recognised by European policy agendas and beyond. Strong evidence exists that the largest urban areas are developing into 'global cities as knowledge hubs' that function in the worldwide networks of economic activities and innovation, communication as well as mobility and attract human capital. However, city regions in the Widening countries are facing specific challenges. For instance, the processes of severe regional polarisation and population shrinkage are hindering the development of many city regions into knowledge hubs in these countries. At the same time, there are huge possibilities of improvement for the Widening countries based on active collaboration with innovative urban regions of higher performing countries. Also other global megatrends such as demographic and climate change will have more severe negative impacts on urban regions in the Widening countries, especially in Eastern Europe, whereas city regions in Western and Northern parts of the Union will be less affected. In order to respond to these challenges, actors from the Widening countries should be actively involved in relevant R&I networks and activities having a strong policy-informing ambition.

This initiative enhances the knowledge and capacities in order to support urban transition towards sustainability in Europe and beyond. In doing so, it develops innovative solutions and reduces the fragmentation of urban-related research and innovation funding as well as builds critical mass and visibility. Several Council Conclusions on Joint Programming[[Council Conclusions of 12 October 2010, of 26 November 2010 and of 8 December 2011]] invite the Commission to support JPIs via Coordination and Support Actions.

Proposals should contribute to achieving an increased participation of countries and actors from the Widening countries in the JPI Urban Europe[[http://jpi-urbaneurope.eu/]]. The proposals should also build on the coordination action ‘BOOST – Cooperation in Urban Science, Technology and Policy’ in support to the JPI Urban Europe that is expected to result in a Strategic Research and Innovation Agenda (SRIA) and in a related Implementation Plan[[The Implementation Plan is expected to apply effective and efficient methods of collaboration such as those proposed by the 'Voluntary guidelines on Framework Conditions', adopted by the High Level Group on Joint Programming (GPC).]]. Proposals should focus on actions enabling the JPI members to carry out activities foreseen in the Implementation Plan, for instance, by favouring the alignment of these activities to the SRIA. Moreover, proposals should support alignment of national research as well as enable evidence-based policy-making and effective cross-policy actions, and investigate novel forms of the SRIA implementation such as collaborations with other JPIs or research infrastructures, development of funding synergies with the European Structural and Investment Funds and so on. Finally, proposals should further strengthen the positioning of the JPI Urban Europe in the context of existing national and European activities by ensuring coherence with other relevant initiatives. Proposals should also enhance the international dimension of the JPI.

The Commission considers that proposals requesting a contribution from the EU in the range of EUR 1.25 million would allow this specific challenge to be addressed appropriately. Nonetheless, this does not preclude submission and selection of proposals requesting other amounts.

This activity directly aimed at supporting public-public partnerships with Member States and associated countries, is excluded from the delegation to REA and will be implemented by the Commission services.