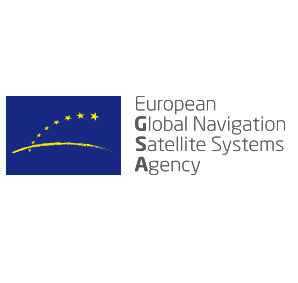 The mission of the European GNSS Agency (GSA) is to support European Union’s objectives and achieve the highest return on the European GNSS (E-GNSS) investment represented by the EGNOS and Galileo programmes, in terms of benefits to users, economic growth and competitiveness. The European Geostationary Navigation Overlay Service (EGNOS) is a regional satellite-based augmentation system (SBAS). EGNOS is part of an evolving multi-modal inter-regional SBAS service, able to support a wide range of applications in different user communities, such as aviation, maritime, rail, road and agriculture. Similar SBAS systems, designed according to the same standard have been commissioned by the US (Wide Area Augmentation System – WAAS) and Japan (MTSAT Satellite based Augmentation System - MSAS). Implementation of similar systems is ongoing in other regions of the world (e.g. GPS Aided GEO Augmented Navigation – GAGAN in India and System of Differential Correction and Monitoring – SDCM in Russia).

SBAS systems are designed to augment the navigation system constellation. The basic scheme is to use a set of monitoring stations (at known positions) to receive GNSS signals that are processed in order to obtain estimations of the errors applicable to the users (i.e. ionospheric errors, satellite position/clock errors, etc.). Once these estimations have been computed, they are transmitted as differential corrections by means of GEO satellites. Along with these correction messages which increase accuracy, SBAS also broadcast GNSS integrity data, thus increasing the confidence that a user can have in the satellite navigation positioning solution. Currently, EGNOS provides an augmentation service to the Global Positioning System (GPS) Standard Positioning Service (SPS). EGNOS augments GPS using the L1 (1575.42 MHz) Coarse/Acquisition (C/A) civilian signal function by providing correction data and integrity information for improving positioning, navigation and timing services over Europe. EGNOS Open Service for non-safety of life users has been available since 2009.

EGNOS is composed of a Ground Segment comprising a network of 39 Ranging and Integrity Monitoring Stations (RIMS), 4 Mission Control Centres (MCC), 6 Navigation Land Earth Stations (NLES) for uplink to the GEO satellites, and the EGNOS Wide Area Network (EWAN). In addition, the EGNOS Space Segment comprises 3 geostationary (GEO) satellites broadcasting corrections and integrity information for GPS satellites in the L1 frequency band. Since it is only necessary to track one single GEO satellite to benefit from the EGNOS services, this secures a switching capability in case of interruption and ensures robust service provision. Two additional facilities are also deployed as part of the ground segment to support system operations and service provision, namely the Performance Assessment and Checkout Facility (PACF) and the Application Specific Qualification Facility (ASQF), which are operated by the EGNOS Service Provider (ESSP SAS).

EGNOS is providing an augmentation service, meeting the requirements established by IMO Res. A.1046(27). In Europe, a new EGNOS service for maritime is under definition. The following figure shows an indicative and preliminary assessment of the area of the maritime service availability for the EGNOS case based on real data analysed during the period from January to June 2016.

Thanks to the work of European companies, an appropriate integration of SBAS in shipborne receivers will contribute to improve the accuracy and the reliability of the positioning information, which at the end is one of the main factors to guarantee the safety of life at sea. SBAS will also complement IALA DGNSS infrastructure and will contribute to improve traffic management, efficiency of operations and to reduce the number of accidents.

In order to prepare the market for the upcoming EGNOS maritime service, it is necessary that SBAS is appropriately implemented in shipborne receivers according to IMO, RTCM and IEC standards. In this sense, it is important to highlight that:

1.2. Background of the call

This call is based on the Delegation Agreement concluded between the European Union, represented by the European Commission, and the European GNSS Agency (GSA) on the Exploitation Phase of the EGNOS Programme.

In this framework, and in accordance with the EGNOS Grants Plan for 2016 published on the GSA website (http://www.gsa.europa.eu/gsa/grants), the GSA is launching a call for proposals to implement SBAS in Shipborne Receivers according to the draft Guidelines for the implementation of SBAS in shipborne receivers under preparation in RTCM, to provide feedback to the document and to provide support for its finalisation and approval within the different standardisation bodies.

2. OBJECTIVES AND SCOPE OF THE CALL

2.1. Objectives of the call for proposals

With the award of the grants, this Call for Proposal aims to achieve the following objectives:

The final outcome resulting from the achievement of the above-mentioned objectives shall be a prototype (TRL-71) of an EGNOS-enabled Shipborne Receiver designed according to the latest Draft of the Guidelines under discussion in RTCM.

2.2. Scope and areas of activities

The scope of this call is to implement EGNOS in a shipborne receiver according to the draft Guidelines for SBAS submitted by RTCM, increasing the European industry knowledge, innovation capacity and market positioning in this field. In order to reach the objectives of this call, the applicants shall conduct the implementation of at least the first activity or additionally more from the activities areas described below:

In addition, all proposals submitted to any of the above described areas shall:

For the purpose of this call the following activities (belonging to one or more of the four areas described above in section 2.2) are considered core to the project:

The applicants shall define in their proposal (in the B1 form) the planning for submission of the deliverables as well as their nature and the format (document, product, multimedia, etc.).

The list of deliverables shall include at least the following:

The draft grant agreement is specifying the conditions of the ownership and right to use policy of the above deliverables.

NOTE: In case the beneficiary opts for conducting a demonstration, it shall provide to the GSA a fully functional demonstrator including prototype(s), additional hardware/software, IPRs licencing, if necessary, and any related documentation.

2.5. Outputs expected from the implementation of activities

The proposals shall aim to achieve the objectives of the action. All the deliverables (as listed in section 2.4), will be used by EU and GSA in accordance with Article II.9 of the Grant Agreement.

Scheduled start-up date for the action: October 2017, unless the applicants can demonstrate the need to start the action before the agreement is signed.

Publication of the call

Deadline for request for clarifications

Publication of the clarifications

Information to applicants on the outcome of the evaluation

Signature of the Grant Agreement

themselves for the proper performance of the specific actions. In particular by submitting their joint proposal, they shall accept joint and several financial responsibility of the debt of a defaulting beneficiary up to the value of the contribution that the beneficiary held liable is entitled to receive, as stipulated in the General Conditions of the draft grant agreement.

Co-applicants shall immediately inform the coordinator of any event liable to substantially affect or delay the implementation of the action, who will communicate with the GSA subject to grant agreement as well as clauses ensuring compliance with the requirements on ownership and usage rights of results and any pre-existing rights towards the GSA and the European Union as specified in the draft grant agreement.

When a grant is awarded, the co-beneficiaries forward to the coordinator in a timely manner all the data needed to draw up the reports, the financial statements and other documentation required by the grant agreement.

The coordinator and all co-applicants forming the consortium must satisfy the eligibility criteria.

Legal persons having a legal or capital link with applicant(s), which is neither limited to the action nor established for the sole purpose of its implementation, may take part in the action as affiliated entities, and may declare eligible costs. For that purpose, applicant3(s) shall identify such affiliated entities in the application forms and in the proposal.

Each affiliated entity shall have to comply with the same eligibility and non-exclusion criteria as those applying to the applicant(s) and submit the same forms, including the forms proving the financial and operational capacity (see section 9.1 and 9.2 below).

Affiliated entities can be:

5.6. Subcontractors
Sub-contractors are not beneficiaries to the grant, nor affiliated entities.

Subcontracting4 refers to contracts concluded for the externalisation of specific tasks or activities which form part of the action.

Subcontracting of specific tasks or activities (i.e. the externalisation) which form part of the action as described in the proposal must satisfy the conditions applicable to any implementation contract (as specified above) and in addition to them the following conditions:

In exceptional cases, where the implementation of the action or the technical proposal (B1-B2 Forms) can be done more efficiently and effectively through the award of subcontracts (implementation contracts), the beneficiary must award the contract to the bid offering best value for money or the lowest price (as appropriate), avoiding conflicts of interests and retain the relevant documentation for the event of an audit. Entities acting in their capacity of contracting authorities in the meaning of Directive 2004/18/EC5 or contracting entities in the meaning of Directive 2004/17/EC6 shall abide by the applicable national public procurement rules.

The costs of subcontracting can be eligible under the conditions indicated in the grant agreement (see also point 2.8 in section 12 below). The proposal should clearly specify the activities that will be subcontracted in the description of the action and the corresponding costs must be indicated in the estimated budget. The contract should be awarded in accordance with the conditions set in the grant agreement. Recourse to the award of contracts must be duly justified having regard to the nature of the action and what is necessary for its implementation.

Any justification provided by the beneficiary needs to be pre-endorsed by the GSA and subcontracting shall require GSA’s approval which may be considered granted in cases where the subcontracting is already fully described in the proposal so accepted by the GSA, given that it will then be implemented accordingly and fulfilling the eligibility criteria specified in the signed Grant Agreement.

The tasks concerned must be set out in the description of the action (i.e. form B1 and Annex I to the grant agreement) and the estimated costs of subcontracting must be clearly identifiable in the estimated budget (Form C1). However, approval of subcontracting by GSA (whether at the time of the evaluation of proposal or later during implementation of the action) does not automatically mean that the related costs will be considered eligible and reimbursed. The costs will need to comply with the eligibility criteria set up in the grant agreement in order for them to be reimbursed.

Any modifications on an ad hoc basis while the action is under way must be presented for ex-ante approval of the GSA and for major items will require an amendment to the grant agreement otherwise will not be reimbursed.

5 Directive 2004/18/EC on the coordination of procedures for the award of public work contracts, public supply contracts and public service contracts.